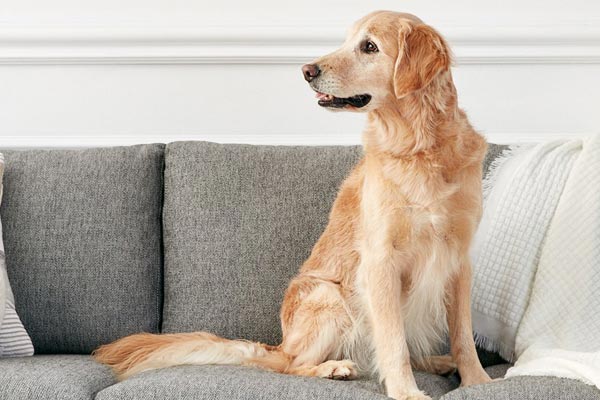 Golden Retrievers are one of if not the most loyal dog known to be. but can they be trusted to protect you?

Golden Retrievers have many desirable qualities, but the key to having them trained as a dog that will protect is determined in their training.

Gold Retrievers are loyal to their humans. With a marginal exception for some of them, most are very friendly and kind dogs. They are passionate and loving and will have to protect those that love them. However, most Golden Retrievers will not attack another person, even on command.

They have three faults that make them questionable to be a dutiful protective dog, the main things most dogs would do on instinct.

However, Golden Retrievers have been bred with a standard of behavior that doesn’t fit the construct of what normal dogs do. This makes them an easy dog have without much of a fuss or worry about behavior, but not for protection.

This is not to say that they can’t be trained to be protective dogs. Any dog can be taught new things given the time to train them. Of course, if you train a dog while it’s still young it will learn it easier and have an easier time adjusting to that new thing.

Golden Retrievers have always been easy to teach dogs, so if you already have one, you don’t need to worry about the hassle.

The Faults of The Golden Retriever (In this Situation)

Golden Retrievers are never thought to be a dog with any issues. The biggest problem you might ever have with a Golden Retriever is a long coat and too much shedding, but even that isn’t hard to take care of. In this specific scenario, they do have issues.

Golden Retrievers were taught to have an open heart, and that heart tends to be unbiased. They act well around all people, including large groups, kids, and other dogs too.

They are not a breed that you can associate as one that instinctively detects threats. All dogs can detect a certain threat level from someone given the right body language, but this is where Golden Retrievers have their faults.

Golden Retrievers are taught to be very respected and well trained, so barking is not something they will normally do. If someone is trying to hurt you and they have the knowledge that such a person is near, they won’t bark as if a normal dog would.

Normal dogs will bark at anything, some even bark at themselves or their own tails. In this case, Golden Retrievers are taught to be quiet.

They may give a worried growl or whine or low squeal, but they won’t have the immediate presence of alerting you at a moment’s notice. It will take longer than a normal dog to alert you.

If someone attacks you directly and they can sense them approaching and have an inclination of knowing they are going to hurt you, they will stand by you.

As said before, they can read body language. It’s hardly a known fact that all dogs actually communicate with body language as well as barking.

This isn’t just for Golden Retrievers, but all dogs. They can read body language as if they are reading a book. They can detect patterns and movements as if that were their direct line of communication to you.

This is the exact reason why dogs react to your emotions. If it feels like your dog knows you are sad, it’s because it does. They would do anything for your happiness.

Golden Retrievers are instinctively affectionate, unlike most dogs who are instinctively suspicious. They love just about everything they meet, given that they aren’t provoked by it. This trait makes them great companions, but ineffective guard dogs.

If an attacker were to walk right up to you and the dog had no idea what they meant to harm you, then you’d be in trouble. If the attacker plans to surprise you while you are walking your dog, you may be at a disadvantage.

In this scenario, the dog has you there with it, so it may see the possible attacker as a friend and act friendly towards them.

Golden Retrievers would be the pacifists of dogs because all they want to do is love and care for everyone. When put into a situation of conflict, it is unclear how they would act.

They are put into a dilemma that they are unaccustomed to dealing with, causing them to panic. They’ll do one of three things: run away, protect you, or think they are playing and will play with them.

One of the best things about having a golden Retriever by far is the fact that they are one of the smartest dogs ever bred.

Because they are smart, they are easy to train. Golden Retrieves can be trained to do just about anything you can think of possible. Some of the smartest Golden Retrievers have even been taught how to drive cars. Some humans can’t even do that.

Golden Retrievers can be taught anything; this includes protecting. Although they don’t instinctively think that everyone is suspicious, they can be taught to protect you.

In Police Academy’s, they have dogs of all breeds that work alongside officers. Most are taught to sniff out drugs, but they only pick the most obedient breeds, including Golden Retrievers. Not only are they there to help the officers, but they also catch criminals and protect them in unfortunate circumstances when things go awry.

With training, you can teach your Golden Retriever to protect you and to be a loyal guard dog. You can train them to bark when they spot or find something suspicious. If they notice somebody coming to your house that looks like they want to invade your home, you can teach them to bark and even fend them off altogether.

The good thing to know is if your dog is around you, if you are being attacked, it will pledge itself to protect you even as far as giving its life for you. Even though that isn’t something you would want to have to think about, they are that loyal.

Even if you have a Golden Retriever that isn’t that well trained, it will do it’s best to protect you, no matter what happens.

They are so loyal that some have even been trained to find other people to help in natural disasters. If you are caught in a fire and the dog can’t get to you, they can be trained to go get someone to help you even miles away.

Golden Retrievers have absolutely no reason why they would be a bad dog or have any bad traits. For unwanted traits they do have, they can be taught better so that they can help you.

They want to be trained because they like doing anything that makes their master happy. They will always be loving and loyal, so you will have no fears in case an attack does happen. 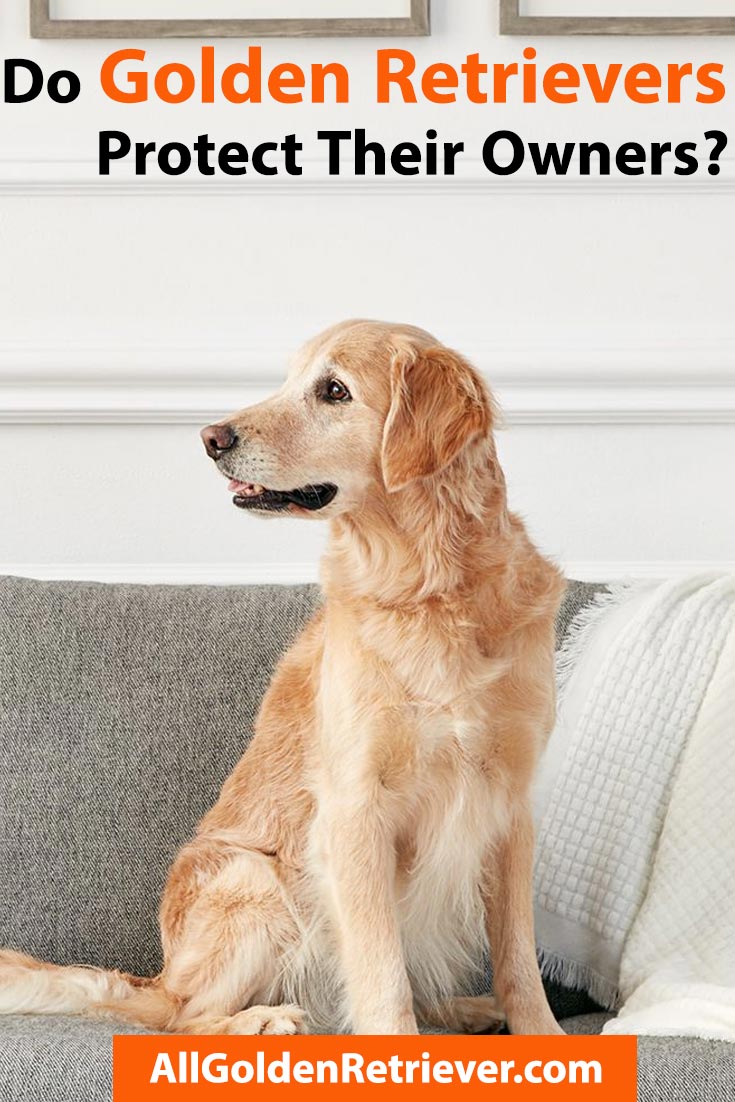