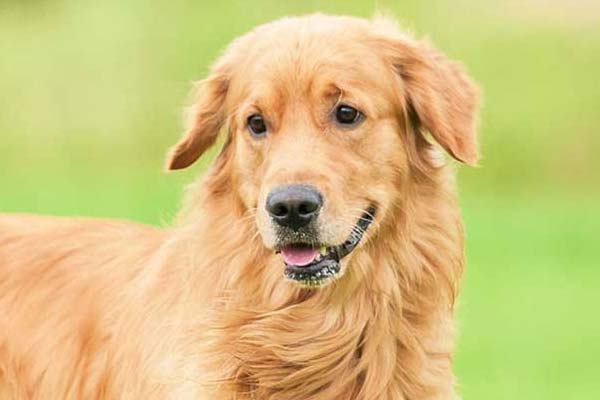 That adorable golden retriever puppy bounding across the backyard has already stolen the family’s hearts. You promised yourself you would give him the best care possible and would do all the right things, including neutering him.

After all, that’s what veterinarians, the ASPCA, celebrities, and the lady you bought him from said to do. It sounds like a no-brainer, but hold on. There are some things you should consider before making that phone call.

Now, you may look at those lists and think, “Wow. There are three times as many reasons to not neuter than to neuter,” but don’t go by the number of items on each list; go by what is most likely to occur with your golden retriever.

Our primary focus will be on neutering male goldens, but we will include some information on spaying females, which has its own set of pros and cons.

Get the Facts, Not Hearsay

Social media has created faker “experts” than any medium ever developed. People offer advice on everything from child psychology to three-bean salad, and a lot of it is bunk.

You may have already posed the question to your Facebook pals about neutering your golden, and if so, you probably got a wide range of opinions that may or may not be rooted in facts.

The number one source for any questions regarding your golden retriever – or any pet, for that matter – is your veterinarian.  He or she has the training and the information to provide you with dependable advice.

The clinical term for neutering a male dog is gonadectomy. You can probably guess what it means – the removal of the gonads (testicles).

It’s not pleasant to think about, and pet owners often delay scheduling the procedure for that very reason

It’s quite possible, however, that their procrastination may actually do their golden retrievers a favor.

With large breed dogs like golden retrievers, deciding when to neuter – not it – is perhaps the most important element.

According to researchers at the Morris Animal Foundation, neutering a golden at too young an age puts him at a greater risk of developing a non-traumatic orthopedic injury.

A study of 3,000 golden retrievers showed that puppies that were neutered prior to six months had a 300 percent greater chance of developing orthopedic problems than those that hadn’t.

The theory is that neutering the dog eliminates reproductive hormones, which initiate growth plate closure in long bones.

Those hormones are responsible for maintaining the various tendons and ligaments in the body, and when they’re suddenly removed, joints can be weakened.

That same study found higher instances of obesity among golden retrievers that had been neutered. The age of the dog at the time of the gonadectomy was a non-factor. The risk for obesity increased, regardless of the age at which the dogs were neutered.

It’s a double-whammy to learn that your neutered golden’s muscles and joints, already compromised to a degree, may be asked to carry more weight around as the dog ages.

It doesn’t have to be that way. By maintaining a healthy diet and promoting plenty of physical activity, you can help old Duke live a long and happy life.

Your devotion to his health can mitigate whatever problems may arise and hopefully prevent them from cropping up in the first place.

In humans, there is a link between testosterone levels and prostate cancer. Using that reasoning, you would assume that gonadectomy would reduce the risk of prostate cancer to your golden retriever, but that is incorrect.

While there have been studies that seemed to support that theory, more recent research suggests just the opposite.

Two studies – one in Europe and one in the United States – concluded that neutered male dogs have a four times greater risk of prostate cancer than intact dogs.

Neutering does not cause prostate cancer in dogs but seems to make conditions for tumor growth more favorable once it begins.  Hormone levels of intact dogs appear to have a damping effect on the growth rate of tumors.

This is a cause for informed concern, but not alarm. Prostate cancer is rare in dogs. This should be a very minor player in the decision of whether or not to neuter.

Neutered dogs are twice as likely to develop osteosarcoma than intact dogs, and unlike prostate cancer, this is a risk you should weigh heavily in your decision whether or not to neuter. Osteosarcoma is the third most common cause of death in golden retrievers.

The study upon which this conjecture is based was a multi-breed study, and while there may be a few exceptions for golden retrievers, large dogs, in general, are more susceptible to osteosarcoma.

A separate study for golden retrievers was not conducted, but the assumption is that the numbers would be similar to that of the Rottweilers.

As with Male retrievers, there are pros and cons to spraying as well.

Breast cancer is the fifth most common cause of death among female golden retrievers. Spaying reduces that risk considerably, but the benefit is compromised if the spaying is done before the 30th month.

The fewer estrus cycle experienced prior to spaying is also beneficial. The advice here is obvious – wait until the dog is at least 30 months old before having her spayed.

In a dog’s body, the thyroid produces hormones that affect functions in many parts of the body.

Hypothyroidism means the thyroid isn’t doing its job adequately, and it’s common in golden retrievers.  Signs include hair loss and dulling of the coat, weight gain, listlessness, and reduced ability to withstand cold.

Golden retrievers who have been spayed or neutered are three times more likely to develop hypothyroidism.