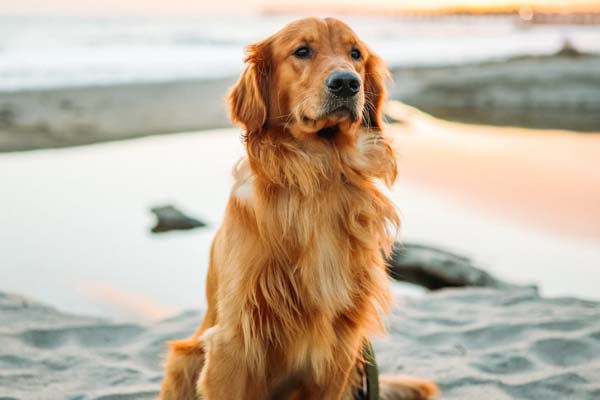 Knowing when to neuter your puppy is dependent on what breed of dog you have, but it can be crucial to the long-term and short-term health of our furry friends.

Golden retrievers are an especially tough breed in this regard, with new studies suggesting that neutering these dogs too early can lead to serious health issues down the road.

We love our furry friends, so doing the necessary research in order to ensure your puppy is receiving the proper treatment is vital to keeping your dog healthy.

When should a golden retriever be neutered? After reading through numerous studies and advice given by veterinary professionals, the overall consensus is to keep your dog intact for the entirety of their life due to health concerns. In cases where the owner absolutely wishes to have their dog neutered, it is recommended to do so between the ages of 1-2.

I would like to note, it was highly suggested by most professionals that dog owners see a vet before coming to a final decision, as the benefits and damages can vary pet to pet.

In addition, new studies always being conducted, staying up-to-date with the latest findings in dog care.

When it comes to neutering your golden retriever, there are many complications that you should be aware of.

Before going through with any surgery, you’ll want to make sure your puppy is fully developed in certain areas.

By removing the organs that produce the hormones necessary for the closure of growth plates, you can put your puppy at risk.

Those organs also help produce sex hormones that aid in the protection against cancers throughout the puppy’s life — putting your golden even more at risk.

With the health risks that could ensue, experts suggest waiting until your dog is between 1-2 years of age to neuter or spay. This will ensure your puppy is as safe and healthy as possible.

The truth is, viewpoints on this particular subject have been changing recently, largely due to a study by researchers at the University of California, Davis — and published in the journal PLOS One.

The study took a different approach to the neutering debate, which was usually centered on whether or not to do it, and instead focused on when the best time to do it is.

While testing golden retrievers, the researchers found that neutering your dog too early can lead to an increased rate of cancer and numerous joint disorders.

In addition to the joint disorders, the researchers also found that goldens experienced cancer at a higher rate when neutered prematurely.

In addition to the new study, there were already a string of side effects already known about when neutering your golden retriever:

Knowing the negative long-term and short-term effects of neutering your golden retriever will help you make the best decision for your pet.

What Is Neutering Your Dog?

Neutering your dog, known as castration in males and spaying in females, is the surgery performed when pet owners want to make sure their dogs can’t reproduce.

In males, this means removing both testicles — the main source of testosterone. In females, the two ovaries and uterus are removed to avoid getting pregnant.

The process does involve your pet going under general anesthetic, and there will be some minor discomfort in the animal. All in all, dogs are usually back up and running in 4-5 hours.

Why Neuter Your Dog?

Neutering animals became popular in the late 1960s and was spurred by the rapid growth of the animal population in the United States. There were very few clinics in the states dedicated to keeping strays, but the clinics began to have more than they can handle.

Before they knew it, euthanizing rates were higher than ever and people knew something had to be done.

The first low-cost neutering clinic opened in 1969 and was a major turning point in controlling the population of dogs and other animals.

Awareness was at an all-time high and something was finally being done to help control the massive amounts of dogs in the states — a problem countries around the world don’t seem to have.

Since becoming popular and almost a must-do when owning a dog, there have been increasing benefits of the surgery that usually sway owners towards doing it.

Unfortunately, a lot of those benefits aren’t seen in golden retrievers due to what was explained above. Still, there is one overlaying reason why people neuter their dog:

To prevent the dog from reproducing.

Many people might be wondering why that would be a concern, especially if you don’t have any other dogs in the house to mate with. Well, humans aren’t perfect and we all know that there are times when we let our dogs go unsupervised.

Whether it’s while you’re at the park and you turn away to talk to someone, or he gets out of the house while you’re away, anything can happen. And all it takes is for your dog to meet one other dog that isn’t spayed or neutered, and then game over.

The simple fact that there’s a chance of your dog getting pregnant or getting another dog pregnant is the main reason people feel the need to neuter their pet.

With the growing concern over traditional neutering methods, there are several alternatives that are gaining support in the industry.

Are There Any Alternatives?

Despite the health concerns, wanting to get your golden retriever neutered is understandable. The benefits are there, but no one wants to put their loved ones at risk.

Much like everything else, there are most definitely other ways to prevent reproduction in your golden retriever that could be a safer alternative.

In dogs, there are several alternatives that you could explore:

One chemical that will sterilize your dog without removing the testacles, meaning your dog will not have its sexual hormones affected.

Approved by the FDA, zeuterin will disrupt at least 40% of the cells producing testosterone, but not enough to affect behavior and health. Unfortunately, this method is unavailable in the US, despite some thinking it will make a comeback.

The second alternative is a vasectomy, similar to the option human males have. In this procedure, the tube that transports sperm is disrupted while the dog keeps the testicular tissue.

The process is quicker, easier and allows the dog to keep all of the benefits associated with the testosterone hormone. Unfortunately, this process isn’t common in dogs.

For females, there is a process similar to that of a vasectomy where it will prevent the dog from getting pregnant called tube litigation.

This process is much more common in Europe, where neutering is less common and almost frowned upon.

Dogs that undergo this surgery will still be open to diseases and will still go in heat to attract males. The only difference is they won’t get pregnant.

Overall, vet professionals will still recommend keeping your golden retrievers intact, especially with the growing concerns over getting goldens neutered.

If you are absolutely considering it, however, the process that will get the most support is sterilizing without desexing via a vasectomy or tube litigation.

If the traditional neutering process is what you have decided to go with, waiting until after the age of one — but before the age of two — will give your dog the best shot at living a long and healthy life.