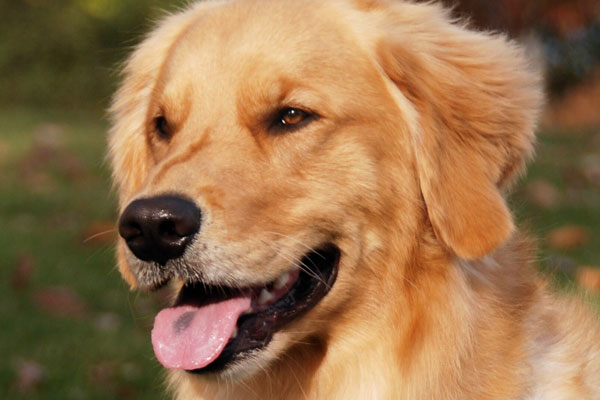 Keeping your dog healthy is always a dog-owners top priority. This means when things pop up that we don’t know about, we can often get very confused about what’s going with our dog’s health and how we should react to it.

Why does my Golden Retriever have a black spot on his tongue? A blue-ish black spot on your dog’s tongue is only a result of its pigments. The spots are common among 30 different breeds of dogs, and they don’t point to any health diseases.

Now that you know your dog is okay, we will go over why they show up and if they could ever be problematic for you and your pup.

What Does it Mean?

The color marks on your dog’s tongue are going to be from extra pigment deposits. We humans have them ourselves, too, and they show up in the forms of freckles or birthmarks.

Even if your dog doesn’t have a black spot on his tongue there is still the chance he has it somewhere under his coat. They’ll come in a variety of shapes and sizes.

Many people used to believe that seeing a dark spot on your dog’s tongue meant that they had a Chow bloodline, but the reason for the spots was much simpler than breeding history. Some breeds are naturally born with “Points,” which in terms of the coloring can be seen on

The spots will have the same texture as whatever you find it on but will stand out due to its color, which will gradually decrease over the years into a lighter hue.

Not all dogs are born with these spots, and most breeds that are susceptible to them will usually develop them when they’re young.

The pigment in question is known as Melanin, and it determines how dark your skin and hair color will be as well as the color of your iris. Even your dog can get freckles but may be hidden under the fur, which prohibits you from seeing them.

Can They Become A Problem?

These spots are typically very normal and don’t pose a threat to your pup. If you notice that the hue has changed drastically or the texture is looking different than it normally does, it would be wise to talk to a veterinarian to understand what is going on.

There are two mouth conditions you need to be on the lookout for known as Canine Melanoma and Squamous Cell Carcinoma.

The conditions will appear as spots on your dog’s skin and disguise themselves as fleshy pigment spots inside your dog’s mouth.

To help cut the chances of your dog dealing with those conditions, it’s best to brush their teeth daily. This can aid in the early diagnosis of either one.

If the spots on your dog’s tongue are anything aside from the normal blue-ish black, then it may be pointing to a certain medical issue that you are unaware of. This goes double if you noticed that the spots have begun to “raise” and seem to be bigger than they originally were

What Are Mouth Diseases To Look Out For?

Make sure to routinely check your dog’s mouth to make sure they aren’t suffering from any illnesses down below. We touched up briefly on some of the diseases they are susceptible to in the header above but can sneak up on your dog just as easily.

This condition stems from inflammation of the mucous membranes of the mouth. You will be able to spot this if you notice your dog’s gums have been swelling or if there are any large sores around their teeth.

It is a very frequent problem for Greyhounds though it is prevalent in many other breeds such as Huskies and Maltese. Canine Stomatitis is also known as the “Kissing Condition” as the ulcers will often form where the lips meet the teeth.

The conditions see chronic skin inflammation that is common with dog breeds that have droopy lips. Breeds such as Saint Bernards and English Bulldogs are known for having this problem the most.

This may worsen your dog’s oral hygiene, and there could be a buildup of bacteria from the saliva. This can make the drooping even worse and give off a very foul odor.

This is a condition that doesn’t see very many cases per year, which means we don’t know what enables it. The disease is characterized by gingivitis along with ulcers that ultimately result in the death of the mouth lining.

The first few symptoms of the disease are swollen gums that will later bleed. Because of this, your dog may be unwilling to eat due to the pain.

The condition centered around inflammation of the tongue. This could be caused by several reasons, such as wounds or chemicals. The main signs your dog has Glossitis is excessive drooling and refusing to eat.

The disease may go unnoticed for quite some time but will usually show other symptoms ranging from reddening of the gums to sores on the tongue.

This disease is caused by the overgrowth of a fungus called Candida albicans and is very common for many breeds.

The symptom of this disease will mimic many others on this list, including the refusal to eat from pain and the swelling of your dog’s gums. The disease and fungus itself are easily treatable, as are most that are featured in the article.

Many of the oral diseases will share the same symptoms or say under the radar only to not be problematic until severe damage has been done.

Like we stated in the article, it is always a wise move to routinely check your dog’s oral hygiene to make sure they aren’t as susceptible to the things on this list.

Which Dog Breeds Have Black Spots on Their Tongues?

There are an estimated 35 breeds where dark spots are on the tongue are very common. This, combined with the fact that even Sharpe’s have black spots on their tongues, are strong pieces of evidence to suggest that the marks aren’t from just one breed type.

Many of the breeds that have the spots are known to be in the “Spritz” family that have Spaniels or Pointers in their ancestry. These breeds are thought to have originated from Germany and the UK.

There are a lot of commonalities between the breeds that share the feature, but we are still left unable to determine why excess pigment deposits are so prevalent among them.

Here are some breeds which feature blue-ish black spots on their tongue, and you may be surprised at some of the breeds you see on this list.

Can A Purebred Have A Spotted Tongue?

Seeing spots on your dog’s tongue doesn’t mean that they aren’t purebred. They aren’t the best way to determine your dog’s because of how unreliable they are. Any dog breed can get a few spots on their tongue, and it’s not an indicator of your dog being more of a certain breed than another.

Your Golden Retriever may have a spot just out of chance. It doesn’t mean that its great-great-great-great grandfather was a Chow or a descendant of one. It just means that your dog had excess pigments, and it’s easily viewable.